IT’S BEEN ALMOST 10 months since Google announced the launch of PPC enhanced campaigns (EC) as a new approach to managing pay-per-click (PPC) advertising — and a little over 4 months since EC’s became mandatory for AdWords management.

At first, there was considerable chatter, complaining, and outright fear over what PPC enhanced campaigns could mean to internet marketers. PPC professionals moved palpably through the Kübler-Ross grief model: Denial, Anger, Bargaining, Depression, and Acceptance ... some smoother than others.

Are we at total acceptance yet, though?

Let’s walk through the EC saga – from announcement, to launch, and on up to today. Are advertisers generally happy with PPC enhanced campaigns now, or is a mutiny underway?

Google announced the rollout of a major change to the AdWords program: “PPC Enhanced Campaigns.” Calling the move “a first step to help you more simply and smartly manage your ad campaigns in today’s multi-device world,” Google didn’t provide a detailed explanation or seek anyone’s advice … just an Uncle Sam style announcement, with a connotation of “Trust me; I’m from Google.”

Larry Kim, formerly of Wordstream, now founder of Mobile Monkey, might well have been a Google spokesperson for the event, saying “This is a huge simplification to how advertisers manage and track mobile advertising campaigns.” And, as we shall see, Kim remains loyal to that assertion.

Others weren’t quite so upbeat. Here’s how one disgruntled PPC aficionado put it:

Like passengers on a ship headed to sea, pay-per-click advertisers had no choice but to accept the inevitable. The question was not “Do you agree with the enhanced campaigns concept?” but, “When will you admit you are powerless to change the situation and get with the program?”

Writing for Swellpath, Craig Galyon gave us the ol’ college pep-talk, pointing out there would be “No more duplicating campaigns to track mobile usage separately.”

While acknowledging that many advertisers weren’t happy about being forced to include mobile search in their campaigns — and that the word on the street was “mobile traffic doesn’t convert,” Craig gave Google a hat tip, pointing out the giant wasn’t pulling its typical “Act first, announce later” gambit, but was allowing folks ample time to swallow the medicine.

Could it be Google wasn’t gaming – that PPC enhanced campaigns are like butter on dry bread? Will we all soon be vacationing on the Riviera and eating rainbow stew? 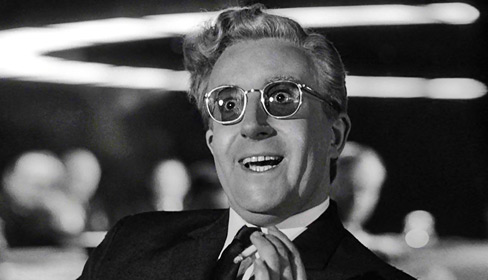 Dave Schwartz, a DataPop VP, makes Larry Kim’s praise for enhanced campaigns sound sterile, breaking out with this “confession” in an article for Search Engine Watch:

A timely pronouncement, for sure, with Google’s final deadline for non-conformers coming up in less than a month. But, why is Dave so excited? He says the light has dawned on a dismal and cranky sentiment. Naysayers rant that Google has become another corporate giant – enriching stockholders at the expense of the people it serves. Now that the smoke has cleared, though, the truth is apparent: “These changes can benefit a lot more than just Google investors’ pockets.”

Get with the program and “stop whining,” says Dave … citing a few reasons why advertisers are inextricably beholden to The Big G. PPC enhanced campaigns, it seems, have a number of attributes:

Dave’s parting shot: “You can argue with the way enhanced campaigns were forced upon us. However, the results are undeniable.”

Breaking out the statistics in support of PPC enhanced campaigns

PPC Godfather, Larry Kim, steps back into the fray with hard data, and he is bent on answering one question: “Are we better off today than we were before?”

He readily acknowledges the doomsday prophets:

BUT, says Kim, these can’t be true – since Google announces CPC change on a regular basis, and The Big G said the average CPC was DOWN by 6% in Q2.

Stick that in your pipe, Adobe.

Which true parameters can we observe to determine whether PPC enhanced campaigns have been a boon or a bust? Kim suggests two:

How do PPC enhanced campaigns measure up?

Here’s the soup, according to Larry Kim’s calculations:

The figures come from Kim’s own database … but, hey, they are good figures. You gotta trust somebody.

By the way, Larry Kim took issue with a contrary post in Search Engine Watch by Melissa Mackey (back in June). In response to his comment — in a “Ya gotta love it” sort of exchange — here’s what Melissa said:

Has the fear and trembling over PPC enhanced campaigns finally dissipated?

Standing Dog says they are using Bing ads to offset the effect of Google’s enhanced campaigns requirement. In a 360 approach to the early January concerns by advertisers, who railed against being forced to advertise on mobile, the Dog wants to weed out all ads but mobile, saying they like Bing because “advertisers still have the option to run a true mobile-only targeted campaign.”

Search Engine Watch says “What started as a perceived loss of granular controls by device has turned into greater front-end efficiency and back-end revenue, which were previously lost by not having the ability to target at the device level.” (A statement reminiscent of scores of academic papers I am trying to forget reading.)

And the Yahoo Small Business Advisor makes an astute comment: “Ad extensions can now have a positive impact on the position of your ad on the search results page.”

One thing we can count on: 2014 is going to be exciting in the world of PPC

Looking towards next year, chances are AdWords will continue to evolve. Remember, February’s announcement said PPC enhanced campaigns are a “first step,” not the last step.

Ongoing changes are sure to keep AdWord account executives sweating and hopping in a desperate effort to keep up. AdWords can be like a big, snuggly bear … you want to hug the beast … except that it turns out to be a living creature, not a stuffed toy.

A few suggestions to ponder:

After all, it really does not matter what you or I THINK about PPC enhanced campaigns.

What does matter is how well we do something paid search strategist at Paragon PPC, Richard Farr often suggests: Turn money into traffic, and then turn that traffic back into money. If you have more money at the end than you started with, you’re doing well.

A business that isn’t bringing in more than it spends isn’t really a business at all. AdWords can take you up, and AdWords can let you down. It’s all in how you play the cards.

Find out more about how professional PPC management can affect your bottom line. Call 888-659-2680 to get your free consultation with the Conversion Max team.

Posted in Pay Per Click and tagged enhanced campaigns